We have previously watched Birdshot, and Signal Rock, and Bayaning 3rd World. For part four of our series, we have chosen to revisit Kip Oebanda’s Bar Boys, a film that premiered in 2017’s Pista ng Pelikulang Pilipino and was recently made available by the film director and producers for free streaming on Youtube.

For the most part, Bar Boys is a lighthearted film: it tells the story of a group of friends and their journey through law school. Each character faces adversity along the way, while their friendships and studies form the foundation through which the narratives intertwine and unfold. Through this basic structure, Bar Boys aims to tell meaningful truths on a variety of topics, from higher education and friendship to economic differences and intimate relationships.

The film kicks off with four friends playing DOTA. We discover their names, their personalities, and the fact of each of them aiming for law school. Their school application results come in: and among the four one, Joshua (Kean Cipriano) doesn’t make it in. Removed from this pursuit, he decides on making a career from his true passion, modeling. Meanwhile, the three friends rejoice and tell their families that they’ve made it in. 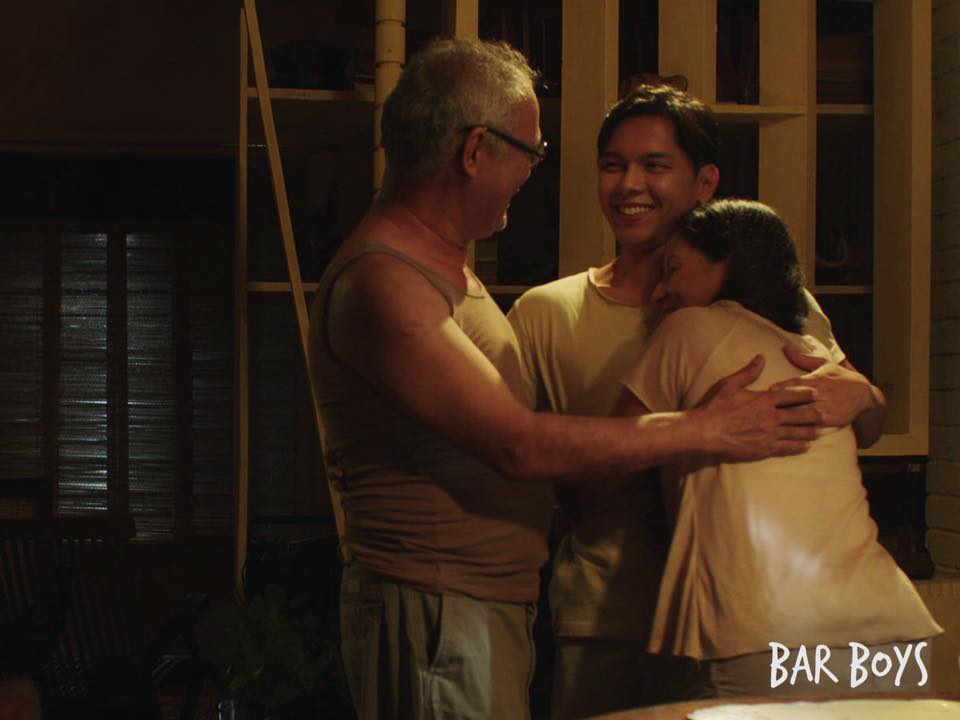 From here, the law school story commences: through a comedic scene in their first class where they mistake a professor for a student, the group encounters the academically challenging battles they will have to face in the next four years: each answer, each detail must be precise to a point of absurdity. Their first professor--who grills them on the size of a penis mentioned in a court case--Attorney Victor Cruz (Sebastian Castro) makes up one of the many memorable characters in the film. And so, their law school life unfolds, with Bar Boys satirically taking on the distinctive aspects of Philippine law school, heightening certain absurdities for comedic effect but also defending particular aspects of it.

In a memorable scene that comes at a class in their senior year, Justice Hernandez (Odette Khan) points out the reasonings behind the institution’s severe rigidity: she tells them of a case she has accepted pro bono for farmers fighting against a wealthy and powerful landowner--if she forgets a law or makes a mistakes during the case, then the farmers will lose, and their struggles will continue. If they lose, then “lahat sila pati na mga anak nila, ay malulong na naman sa kahirapan, hindi na naman magkakaroon ng pagasa. Kaya walang lugar ang mga palpak sa kwartong ‘to. Buhay, kalayaan, at pag-asa ang nakataya sa bawat batas at bawat artikulo’ng binabasa--o hindi n’yo binabasa. You want to succeed, you sacrifice. Otherwise, you get out of my class.”

We can still question whether their methods are correct: at some point, the learning environment becomes toxic and discouraging, when teachers appear to enjoy humiliating students rather than in uplifting them, or when Justice Hernandez herself appears to pit the students against each other in a competition for grades rather than a collective effort of understanding. Still, we come to understand a huge piece from her perspective, and a clearer understanding of the issues at stake. Here, the film succeeds in pointing out tensions in the educational institution of the law school.

Many other conflicts and narratives turn up outside of school: there are romantic problems, economic problems and they all affect the academic performances of the different figures dealing with them. In one of the more beautiful scenes in the movie, Erik studies with headphones on in the foreground while his proud father puts on his guard uniform and admires him from behind. A beautiful song plays and we witness a tender, moving moment between father and son made possible by subtleties in expression and terrific acting from the two actors.

Such moments make up the beauty of Bar Boys: for the most part, Oebanda’s film is content in being an entertaining narrative, making the audience laugh or relate to certain scenes in their personal or academic life. Yet in other moments, the film provides genuine and poignant scenes allowing us, between the entertainment, to pause and reflect as well, and to find from the film some things deeper. 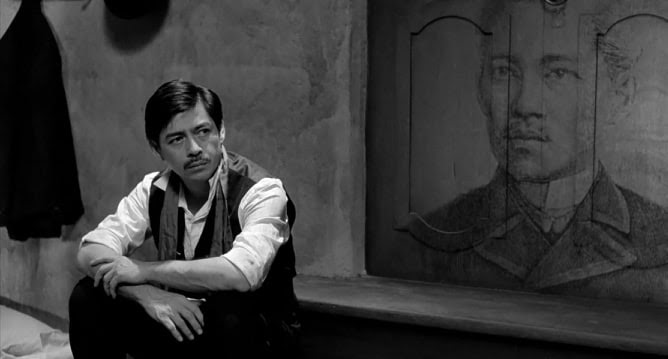